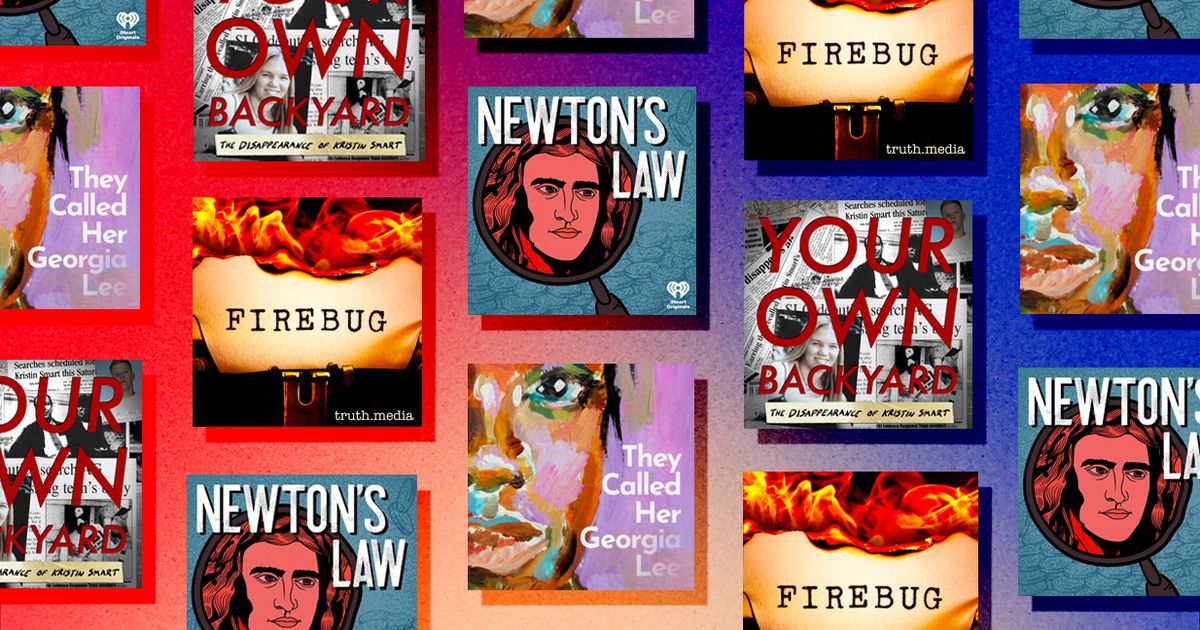 The true-crime-podcast universe is ever expanding. We’re here to make it a bit smaller and a bit more manageable. There are a lot of great shows, and each has a lot of great episodes, so we want to highlight the noteworthy and the exceptional. Each week, our crack team of podcast enthusiasts and specialists will pick their favorites.

Newton’s Law, “Episode 1: The Warden and the Con Man”

No, this is not a podcast about gravity. Rather, Newton’s Law, hosted by author and journalist Linda Rodriguez McRobbie, delves into the second lesser-known career of famed scientist Sir Isaac Newton — that of Warden of the Mint. In addition to generally overseeing the money-making arm of the British government, one of Newton’s chief responsibilities in his role was to bring counterfeiters to justice. And this is where things take a turn toward the criminal. You see, Newton had a chief adversary during his time at the Mint, a fraudster named William Chaloner, who had a talent for replicating all manner of coin. The pair’s cat-and-mouse relationship has been likened to that of Sherlock and Moriarty in promos, but we’ll have to wait for future episodes to hear about all that. For now, this first hour introduces us to the titular warden and con man and is pretty compelling on its own from a historical perspective. (For instance, did you know Cambridge University wasn’t terribly well-regarded in the 17th century? Or that Newton left his post there because everybody thought he was kind of a weirdo?) Well-researched details like that are holding my interest for now, and I anticipate that next week, the game will really be afoot. —Amy Wilkinson

They Called Her Georgia Lee, “The Body Off the 101”

On August 22, 1997, the body of 12-year-old George Lee Moses was found in Santa Rosa, California, along the Petaluma Boulevard on-ramp. What followed was a series of mistakes — the police jumped to the conclusion that the body was that of a woman between the ages of 18 and 40; skimpy media coverage followed. Georgia’s sister, Angel, co-host of They Called Her Georgia Lee, is starting from the beginning in order to reconstruct what happened to her sister and find out who is responsible. In the first episode, Angel recounts her childhood with Georgia, the confusion over basic facts (where had she been and with whom before she was reported missing?), and circumstances before that day in August, including the multitude of opportunities for intervention that were missed and that, if taken, might have saved her life. —Chanel Dubofsky

Imagine getting away with a series of destructive crimes then confessing them all in a novel: That is the stranger-than-fiction story unfurled over the course of this podcast series. Journalist Kary Antholis digs into the case of a notorious arsonist who plagued Southern California for ten years by sparking fires in public spaces. This mysterious pyromaniac began by setting potato chips ablaze but ended up burning down neighborhoods and murdering four people with his flames. Interviews with investigators and fire survivors detail the devastation. Yet the most chilling bits come from the dramatic readings of his unpublished manuscript. These insights into the mind of this “master fire starter” will leave you drop-jawed and riddled with goosebumps. But the bombshell dropped in this episode may well knock you out. —Kristy Puchko

Your Own Backyard, “The End of the Beginning, Part 2”

Your Own Backyard’s host Chris Lambert undertook his own investigation into the nearly cold case of Kristin Smart, the Cal Poly student who disappeared in May of 1996. His findings revealed information unknown to even the police, and in the latest episode, Lambert tunnels into even more disturbing territory as he speaks with those who encountered the main suspect in the case, Paul Flores. It turns out that for everyone who knew him, Flores’s arrest in Kristin’s disappearance is no surprise. He has a long record of drugging and sexually assaulting women as well as other violent and disturbing behavior. That’s not all Lambert discovers, of course: There’s the never-recovered phone records of calls between Paul and his sister around the time Kristin disappeared, a report made by a bystander who saw something so curious she couldn’t not report it, and a journalist’s gasp-worthy encounter with Paul. We may finally have some answers as to Kristin’s fate after 25 years, and of course, even more questions. —Chanel Dubofsky

1.5x Speed: A Weekly Newsletter of Podcast Recommendations and Reviews


By submitting your email, you agree to our Terms and Privacy Notice and to receive email correspondence from us.