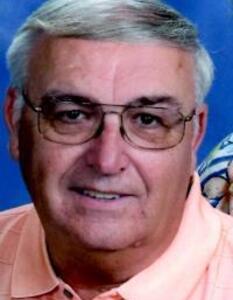 
Lawrence “Skip” Eller III, 72 of North Kingsville, handed away Sunday August 22, 2021 at Seidman Cancer Middle in Cleveland. He was born December 22, 1948 in Geneva, Ohio the son of Lawrence, Jr. & Betty (Boyles) Eller. He graduated from Edgewood Higher Faculty then joined the U.S. Navy. He served two phrases of responsibility in Vietnam. He stationed out of San Diego on the plane carrier, the Bonhomme Richard. He started off operating at the Ashtabula County Sheriff’s Section in the mid-seventies. He was a street deputy, then a detective, labored in the civil division, then ended his job as a crime scene investigator in 2002.
Skip belonged to the FOP Lodge #114 exactly where he was the secretary. He labored each yr on the Shop with a Cop software. He also belonged to Orion Lodge #353 in Kingsville wherever he was the treasurer. He and his father ended up instrumental in beginning the “well-known” month-to-month pancake breakfasts. He belonged to the Scottish Rite Valley of Cleveland. He also has memberships to the Conneaut Moose Lodge and American Legion Cowle Write-up #151. He served as councilman for North Kingsville for twenty-4 many years. He is also the President of the Land of the Canaan time share resort in Canaan Valley, West Virginia.
Skip is survived by his spouse Carol (Lyon) of forty-six a long time sister, Barbara (Tom) Hopkins of Conneaut, adopted sister, Valerie Bucci of Ashtabula, niece Stacy (Mike) Hozalski of Wellington and nephew, Aaron (Kristi) Feather of North Kingsville good-nephews Ethan and Brendan Hozalski, Mason Feather & excellent niece Lyndsie Hozalski also missing him are fur babies, Mallory, Bella, Sami and Cooper.
He was preceded in dying by his moms and dads, sister Jane College and brother-in-regulation Joe Faculty.
The household will obtain friends from 4-7 PM Thursday August 26, 2021 at the funeral dwelling. An FOP service and Masonic Support will be held straight away pursuing calling several hours.
Funeral services will be held 11:00 AM Friday August 27, 2021 at the Marcy Funeral Home & Cremation Heart, 208 Liberty St., Rev Paula Marbury of the Keene United Methodist Church in Coshocton, Ohio will officiate.
Burial will get spot in Greenlawn Memory Gardens in North Kingsville with army honors done by American Legion Cowle Publish #151. In lieu of bouquets contributions may perhaps be designed to Store with a Cop Plan c/o Steve Febel, 215 South Marketplace St., Jefferson, Ohio, 44047. Light a candle or share of memory of Skip at www.marcyfuneralhome.com.

Game all the time