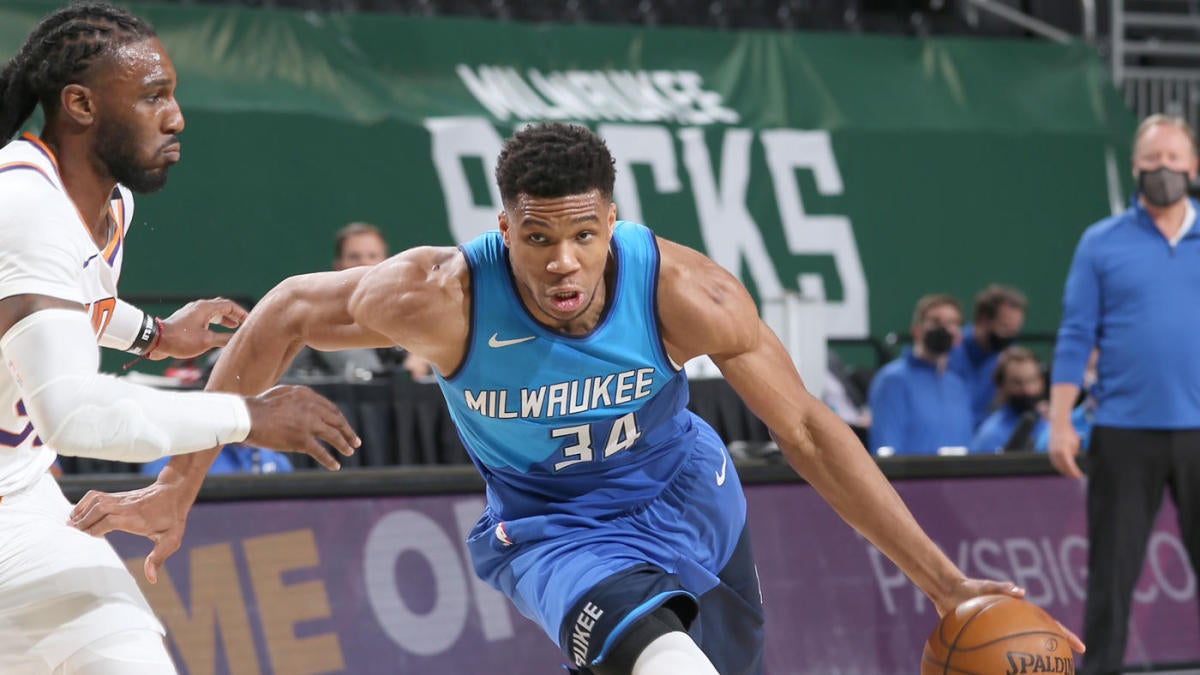 I would not blame you for thinking the Phoenix Suns could end the NBA Finals in Milwaukee on Wednesday when Game 4 takes place. Through two games of the series against the Milwaukee Bucks, Phoenix has looked like the superior team. Chris Paul, Devin Booker and Deandre Ayton have performed like a championship-level big three, and role players like Jae Crowder, Mikal Bridges and Cameron Johnson are coming up big, time after time with each shot that leaves their hand, or every solid defensive possession played on the other end of the floor.

However, if this year’s postseason has taught us anything it’s that leads — regardless of how big or small — can vanish in an instant, and the Bucks are no stranger to overcoming deficits when it matters most. While the Suns are two wins away from hoisting their first-ever Larry O’Brien Trophy, here are three reasons why the Bucks are still very much alive in this series.

Thanks for signing up!

Keep an eye on your inbox.

There was an error processing your subscription.

So far, the Suns have done a tremendous job of protecting home court through the first two games of this series. The crowd was certainly a factor, especially every time Giannis Antetokounmpo went to the free-throw line and was met with 20,000 fans counting at the top of their lungs to rattle the two-time MVP. Through the first two games, Antetokounmpo has gone 18 of 30 at the charity stripe, good for 60 percent. Hopefully for Giannis and the Bucks, returning to Fiserv Forum will help boost those numbers.

But that’s not the only thing that can be boosted by the Bucks playing at home. Throughout the postseason, Milwaukee has the best home record of any team in the league, going 7-1 so far with the one loss coming in Game 1 against the Atlanta Hawks in the Eastern Conference finals. For reference, the Suns have the third-best home record in the postseason this year (8-2), and showed just how superior they are in the friendly confines of the Phoenix Suns Arena.

The same is true for the Bucks, who have the best defense in the postseason this year (106.6 defensive rating), made even better when they’re at home (99.2 defensive rating). However, perhaps one of the biggest areas where the Bucks can improve by playing at home over the next two games is in the minutes Giannis sits on the bench. So far in the NBA Finals, Milwaukee has been getting crushed every time its franchise star takes a break on the sidelines, getting outscored by 27 points over two games so far.

Playing at home isn’t going to magically help the Bucks win those minutes when Antetokounmpo sits, but it has shown over the course of the playoffs to at least close the gap to give him a fighting chance when he checks back in.

Anything is an improvement from getting outscored by 27 points, and if the Bucks can close the gap to four points like they’ve been able to do at home during the playoffs, then it gives this team a legitimate chance at pulling out some wins.

2. Bucks have been in this position before

In the second round of the postseason against the Brooklyn Nets, Milwaukee found itself in a similar position as its currently in against Phoenix — down two games to none with two home games up next on the schedule. Although there haven’t been significant injuries to the Suns like the ones the Nets dealt with in the second round, the Bucks tend to perform better with their backs against the wall.

However, the Bucks will be playing from behind yet again with a mountain of history proving that they don’t really stand a chance. There have been only four times in NBA history when a team lost the first two games of the Finals and went on to win the whole thing:  the Cleveland Cavaliers (2016), Miami Heat (2006), Portland Trail Blazers (1977) and Boston Celtics (1969).

Those aren’t great odds, but unlike last year’s playoffs where the Bucks faltered tremendously against the Miami Heat in the East semifinals, Milwaukee has responded well to adversity in the postseason in each round. Against the Nets in the second round, it was a 35-point performance from Khris Middleton in Game 3 coupled with 33 points from Antetokounmpo that helped deliver the first win of the series for Milwaukee.

In the conference finals against the Hawks, after dropping the first game at home, Milwaukee responded in Game 2 with a balanced attack led by Jrue Holiday who had 22 points, seven assists and finished with a team-high box score plus-minus of plus-34. If the first three rounds have taught us anything about Milwaukee, it’s that they are a team that responds well when things aren’t going their way. If that holds true for Games 3 and 4, then it won’t be surprising to see this series all tied up when it heads back to Phoenix.

3. It’s only a matter of time before the shots start falling

One of the most glaring issues that plagued the Bucks through the first two games of this series is how poorly this team is shooting from virtually everywhere on the floor. Whether its shots around the rim:

Give credit where it’s due; Bridges has been putting in All-Defensive type of work on that end of the floor. His length is clearly bothering guys like Holiday and Middleton, because even when he does get beat his go-go gadget-like arms allow him to still impact the play from behind. Ayton’s done a great job in the post in not allowing easy second-chance points when Brook Lopez comes down with an offensive board, and as a team the Suns are swarming every Bucks player when they get in the paint.

But the Bucks are also just missing easy shots. Milwaukee ranked fifth in the league during the regular season in 3-point percentage (38.9 percent), yet are shooting just 31.7 percent during the playoffs. An encouraging sign should be that the Bucks are shooting a little over 37 percent from deep in the NBA Finals, a significant improvement compared to the rest of the postseason, but they also need to do a better job of finishing at the rim and knocking down mid-range jumpers.

The law of averages suggests that the Bucks should eventually start knocking down those easier shots, just like it shouldn’t be expected that the Suns are going to shoot 42 percent from long range over the course of the series. Given how much better Milwaukee performs at home, perhaps the next two games is when this team starts to get into a rhythm offensively to storm back in this series. Phoenix delivered the first haymaker in the NBA Finals, but the Bucks still have time to respond as it’s now their turn at defending home court.