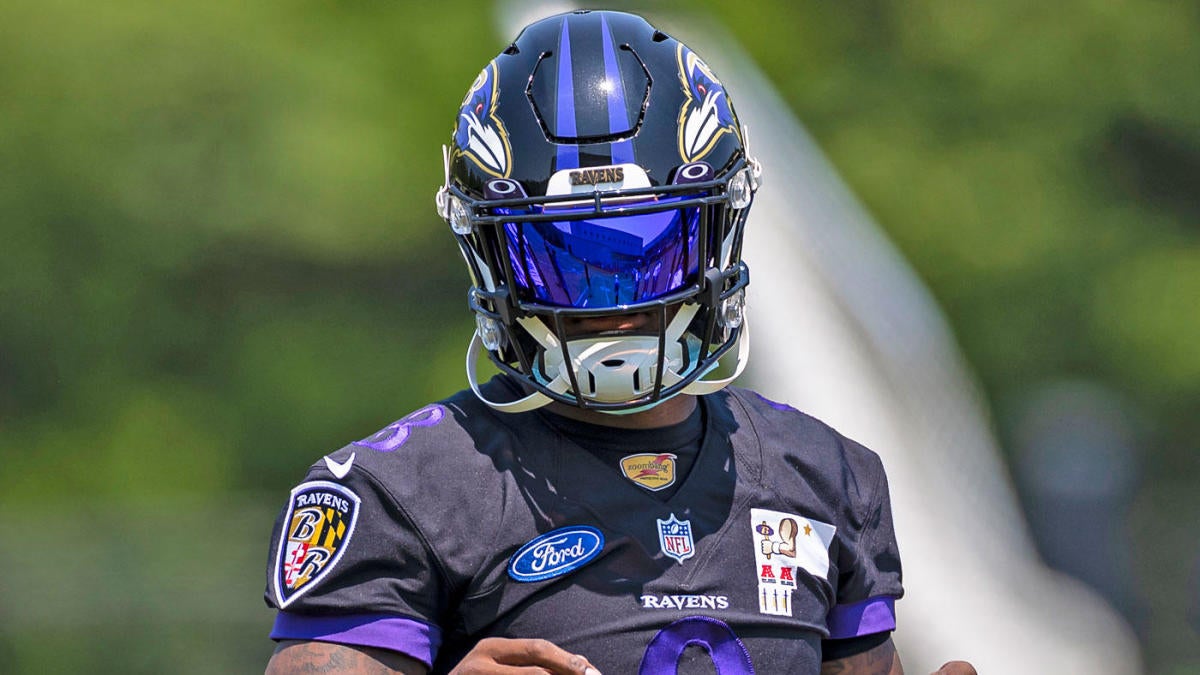 After watching two weeks of preseason games, all I have to say is that I hope for the NFC’s sake that the preseason isn’t indicative of how the regular season is going to because right now, that entire conference looks like it forgot how to play football.

Things basically hit a low point for the NFC on Saturday when it went 0-10 against AFC teams. I mean, based on the law of averages alone, they should have won at least two of those. The NFC is so bad that it’s made a mockery of the law of averages.

The chances of all 10 teams losing was so low that If you had created a 10-team parlay and bet on every NFC team to lose, you would have won $39,600 on a $100 bet. Obviously I didn’t make that bet, because if I had, I’d be writing this newsletter from a beach in Belize and I an assure you that I am not in Belize.

The good news for the NFC is that the preseason usually means nothing and no one will remember that they went 4-28 once the regular season starts. The good news for you guys is that it’s time to get to today’s rundown.

Before we do that though, here’s a quick reminder CBS Sports is raising money for St. Jude’s and one of the ways we’re doing that is by auctioning off a chance to have a Zoom call with me! To make a bid, all you have to do is head to eBay, which you can do by clicking here. The bidding is up to $175, which means someone either really wants to talk to me or they really want to support St. Jude’s… or both. It could be both.

Alright, that’s enough of that, let’s get to the rundown.

The second week of the preseason is officially in the books, which can only mean one thing: The recap episodes are back. If you’re unfamiliar with the formula around here: Now that games are being played again, every Monday episode of the Pick Six podcast will recap everything that happened over the weekend. We’ll be doing this every Monday between now and the Super Bowl, which means you’ll be getting a recap episode on 23 of the next 25 Mondays, so please plan your life accordingly.

For today’s recap episode, Will Brinson was joined by Cody Benjamin and the two of them talked about everything that happened during Week 2 of the preseason. For the second straight week, one of the main topics was the quarterback battle going on in Denver and Brinson thinks that Teddy Bridgewater might have won the job with his performance on Saturday in the Broncos’ 30-3 win over the Seahawks (9 of 11 for 105 yards and a TD).

“Drew Lock and Teddy Bridgewater both had pretty good games, but Bridgewater may have cemented his starting role with this performance,” Brinson said. “The general consensus from people around the team is that it’s going to be Bridgewater and the announcement is going to come fairly soon.”

Cody thinks that making Bridgewater the starter is the right move for Denver.

“Teddy is looking like the safer quarterback,” Benjamin said. “You look at the numbers and you look at his performance, he’s a guy who’s going to go out and get the job done. He’s probably not going to exceed expectations, but Denver isn’t asking him to do that. They want him to control the football, which is something that Drew Lock struggled to do last year.”

The two didn’t just talk about the Broncos, they also talked about EVERY game that went down over the weekend (except 49ers-Chargers), so make sure to listen if you want to hear the full recap.

To listen to today’s episode — and to subscribe to the best daily NFL podcast out there — be sure to click here.

2. Ranking how each first-round rookie QB played over the weekend

The NFL preseason can sometimes be boring, but that hasn’t really been the case this year and that’s because the rookie quarterback class has added some serious spice to this year’s exhibition games. The Jets, Bears, 49ers, Patriots and Jaguars have all become must-see TV thanks to their new quarterbacks.

With four of the five rookie quarterbacks in action over the weekend, Cody Benjamin decided to rank how each player did compared to his fellow rookies (Trevor Lawrence isn’t on the list below because he plays tonight against the Saints).

Here’s Cody’s ranking (along with their game-ending numbers):

As for Fields, Bears fans would definitely love for him to be named the starter, but that’s almost certainly not going to happen. Over the past two weeks, he looks like the rookie who’s the LEAST ready to start. CBS Sports NFL Insider Jason La Canfora has been playing close attention to the Bears’ QB situation and he you can see his breakdown of how it’s going to play out by clicking here.

As for Cody’s rookie QB rankings, if you want to check out his entire story, be sure to click here.

3. Looking at the biggest QB battles as they come down to the wire

With just one week left to go in the preseason, there are still five quarterback battles going on around the NFL and now seems like the perfect time to try and predict who’s going to win each of those battles, so that’s what we’re going to do right now.

1. Broncos: Teddy Bridgewater vs. Drew Lock.
Latest from the head coach: Vic Fangio has said multiple times that he’d like to name a starter before the team’s Week 3 preseason game and based on multiple reports, there’s a good chance that announcement will be coming in the next few days.
Prediction for Week 1 starter: Teddy Bridgewater.

2. 49ers: Trey Lance vs. Jimmy Garoppolo.
Latest from the head coach: Although Trey Lance was impressive against the Chargers on Sunday night, he didn’t do enough to win the job just yet. After San Francisco’s 15-10 win over the Chargers, Kyle Shanahan did say that nothing has changed since the start of training camp when he made it clear that Garoppolo was the front-runner to be the starter, so I guess that means Garoppolo is still the front-runner to be the starter.
Prediction for Week 1 starter: Jimmy Garoppolo.

3. Bears: Andy Dalton vs. Justin Fields.
Latest from the head coach: Unless Fields throws for 700 yards and nine touchdowns in Chicago’s final preseason game, it’s almost a guarantee that Dalton is going to be the starter. Matt Nagy has said that since Day 1 and he reiterated over the weekend that the team needs to see Dalton play “in the regular season.” Watching Dalton get booed in a home game on Saturday apparently wasn’t enough to change Nagy’s mind.
Prediction for Week 1 starter: Andy Dalton.

4. Patriots: Cam Newton vs. Mac Jones.
Latest from the head coach: This might be the most fascinating competition involving one of the rookie quarterbacks and that’s mostly because Jones has looked sharp in two games. Bill Belichick conceded on Monday that Newton is still the starter, but he did leave the door open for a possible platoon system that would have both quarterbacks playing each week.
Prediction for Week 1 starter: Cam Newton. Although my prediction is Newton, Jones is going to have a chance to earn the job over the next five days and that’s because Cam has to sit out practice due to COVID protocols that apply to unvaccinated players (For details on that situation, be sure to click here).

5. Saints: Taysom Hill vs. Jameis Winston.
Latest from the head coach: This competition is still up in the air, but it could be decided as soon as tonight. Sean Payton wants to name a starting QB before the week is over, which means tonight’s game against the Jaguars is going to be pivotal for both quarterbacks. Winston will get the starting nod against Jacksonville and as long as he doesn’t have a total meltdown, I think he’ll win the job.
Prediction for Week 1 starter: Jameis Winston.

Out of these five quarterbacks, I’d expect Dalton, Newton and Garoppolo to have the shortest leashes and I won’t be surprised if any of the five get benched before the first month of the season ends.

As Benjamin Franklin once said, there are only three certainties in life: Death, taxes and the Ravens winning in the preseason. How did Franklin know about the Ravens back in the 1700s? I have no idea, but he clearly knew what he was talking about.

With their 20-3 win over the Panthers on Saturday, the Ravens picked up their 19th straight preseason win, which ties them with Vince Lombardi’s Packers for the longest winning streak in NFL preseason history (The Packers pulled it off from 1959 to 1962).

Earlier this preseason, John Harbaugh said the streak meant “a lot.” Although winning in the preseason ultimately means nothing, Harbaugh is still proud of what his team has accomplished.

“All those guys who were a part of that over those years should be proud tonight of that because it’s something only one other team has ever done — the Vince Lombardi Green Bay Packers,” Harbaugh said after beating the Panthers. “I’d say that’s notable.”

The Ravens will be going to the preseason winning streak record on Saturday at Washington.

The month of August got off to an ugly start for the Colts when they found out that both Carson Wentz and Quenton Nelson would have to undergo foot surgery. At the time, both players were given a recovery timeline of five to 12 weeks, which could have kept them out until October.

“He’s getting very antsy. Very antsy,” Reich said of Wentz, per Colts.com. “He’s wanting to push the envelope, as I would expect. But he’s gotta be patient and just stay focused on the mental side of it right now and we gotta let things take their course. But at the same time, there’s a time to push things and we’ll keep doing that as it’s appropriate.”

The Colts shared a video on Monday of Wentz running at practice and I have to say, he looks pretty mobile for someone who just underwent surgery three weeks ago (You can see the video here).

Nelson and center Ryan Kelly will also be returning to practice on Monday, which means the Colts are on track to have three of their best offensive players on the field for the team’s Week 1 opener against Seattle.

It was a busy weekend in the NFL and since it’s nearly impossible to keep track of everything that happened, I went ahead and put together a roundup for you.